A passion for endurance sport has led to an invitation to an extreme challenge which Ed Cator (Law 2019) has accepted.

The event, which will be followed by a documentary crew, is in partnership with Young Minds, the UK’s leading charity for children and young people's mental health. Young Minds is part of Heads Together, a coalition of eight charities and a mental health initiative spearheaded by The Royal Foundation of The Prince and Princess of Wales, alumni of St Andrews.

The race is scheduled to take place in summer 2023, after Ed’s finals. He anticipates it taking between two and three weeks, running an average of 50 miles a day.

Ed is the Cambridge University Triathlon Club president and has a high level of fitness. He is unfazed by the challenge.

“It will be a case of adding on some additional long runs and building up the distance in the legs on top of the base level of fitness that I already have,” he says.

“Building up the mental strength for those longer distances is just as important, if not more so, than the physical side of things.”

Building up the mental strength for those longer distances is just as important, if not more so, than the physical side of things

Ed is a fourth-year Law student who spent his third year in Poitiers, France.

Originally from Norfolk, his passion for endurance sport began at primary school, beginning with cross-country running, and he has sought more arduous challenges ever since.

He also cycled the length of France, from Andorra to Belgium, last summer, for fun and fundraising.

“My interest in longer-distance running started at about the age of 10 or 11 years old on holiday in the Lake District,” he says.

“I decided to run a 10-mile route around the lake, Derwentwater, and just loved it. The feeling of being out in nature and the freedom that came with it.

“From then on I just tried to find longer, more challenging things to do.”

Ultra-marathons followed, beginning with the Frog Graham Round – a swim-run event which plays on the name of the fabled fell-running route, the Bob Graham Round.

Due to the Covid-19 pandemic, Ed had to submit a GPS file of his route, borrowing a friend’s watch for the purpose. Unlike many with similar interests, Ed does not use a GPS watch or app to track his progress. He also borrowed a friend’s swim-run wetsuit, which proved uncomfortable.

“I really wanted to be one of the first hundred people finish this challenge. And so when I did it, I was the 97th person,” Ed says.

He also took part in a 125km ultra-marathon in the Azores last summer, when he also completed Wainwright’s Coast to Coast walk. The 292km (182m) route took him six days, walking 50km (30m) a day, providing confidence for the challenge ahead.

“If I could walk that much in a day, then 50 miles a day should be an achievable target,” Ed adds. 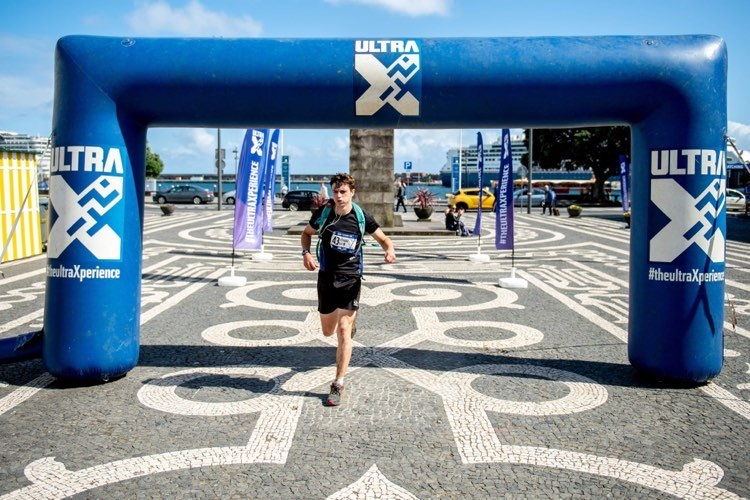 Ed’s motivation is about curiosity – “to see what I can actually do” – and he enjoys the feeling of accomplishment.

“When I am deep in the ‘pain cave’, as some people refer to it, at the very, very bottom of my mental strength, I can't say I am there thinking, ‘wow, this is great, what a brilliant idea this was’,” he adds.

“But the feeling you get afterwards, the type two fun if you will, is unlike anything else. The sense of accomplishment and relief. Just general euphoria that you get after you've accomplished something. That’s why I do it.”

:: We will be following Ed’s journey at Caius and will provide updates