Hesperides, sive, De malorum aureorum cultura et usu (Hesperides, or, On the cultivation and use of the golden apple), by Giovanni Battista Ferrari. Printed in Rome for Hermann Scheus, 1646. Lower Library, L.27.5

The Caius Library owns the first editions of the most important works by a key figure in botanical studies, Giovanni Battista Ferrari. Born in Siena in 1584, he was an accomplished linguist who was versed in Greek and Latin. He also authored a Syriac-Latin dictionary and held a 28-year professorship in Hebrew at the prestigious Collegio Romano, a Jesuit institution founded in 1551 by Ignatius de Loyola. Ferrari is said to have been one of the most prominent and eminent Jesuits of his time, having joined the order in 1602.

Notwithstanding his achievements and depth of knowledge in the linguistic field, Ferrari also cultivated a life-long interest in botany. This passion led to his appointment as chief curator of the Horti Barberini, Cardinal Francesco Barberini’s private botanical garden, and it is in this field that he produced the works for which he is remembered today. The first, entitled De florum cultura, was published in Latin in 1633 and translated into Italian five years later. Divided into four parts, it provides an in-depth analysis of multifarious aspects of plant cultivation, ranging from garden design to the history of botany, techniques of cultivation and floral aesthetics.

The text is complemented and indeed enhanced by a remarkable series of 80 copperplate engravings, which reproduce flowers in unprecedented detail and astonishing accuracy. It is likely that some of the designs for the engravings were devised on the basis of observations made with the microscope, such as that of the hibiscus on page 499 (see fig. 2), and were executed by the best artists of the time, such as Johann Friedrich Greuter, Claudio Mellan, Cornelis Bloemaert and Anna Maria Vaiana. The latter’s contribution is significant: this is believed to be the first work containing engravings etched by a woman (see fig. 5). The designs also have prestigious origins, being the artistic output of some young artists whose names are still very familiar to us, such as Guido Reni, Pietro da Cortona, Nicholas Poussin, Giovanni Lanfranco and Andrea Sacchi.

The second work by Ferrari held in the Lower Library, Hesperides, sive De malorum aureorum cultu, was published 13 years later and it is considered by some to be of even greater cultural and scientific value than the De florum cultura. This work, the first to attempt a systematic description and classification of the citrus genus, is deemed by some to still be relevant and not completely superseded by the later classification devised by Linnaeus. The product of painstaking work, which involved collecting and collating data about the fruits from a number of correspondents growing different varieties throughout Italy, the text is once more supplemented by a considerable number of engravings. In this case executed by Bloemaert and Greuter, the illustrations depict the fruits in their entirety, in section and, in some cases, also detailing their seeds.

Both oeuvres also contain further remarkable full page engravings depicting mythological scenes (three of the four books of that make up the Hesperides are each named after the nymphs tending the imaginary garden by the Atlas mountains), classical statuary, gardening implements, coins and plans for gardens. All reflect the wide range of aspects of plant cultivation treated in the texts and the author’s eclectic and encyclopaedic knowledge on the subjects. 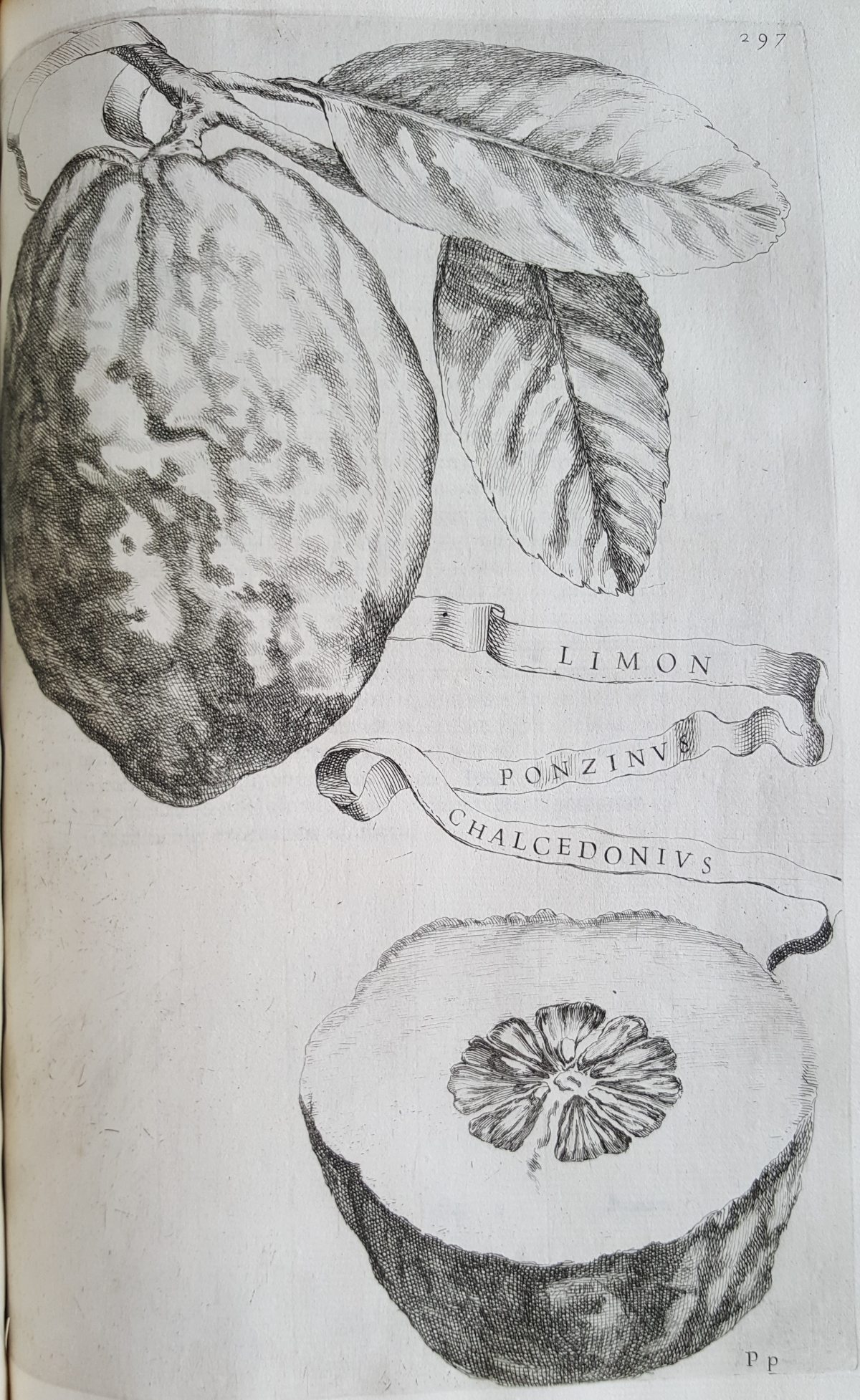 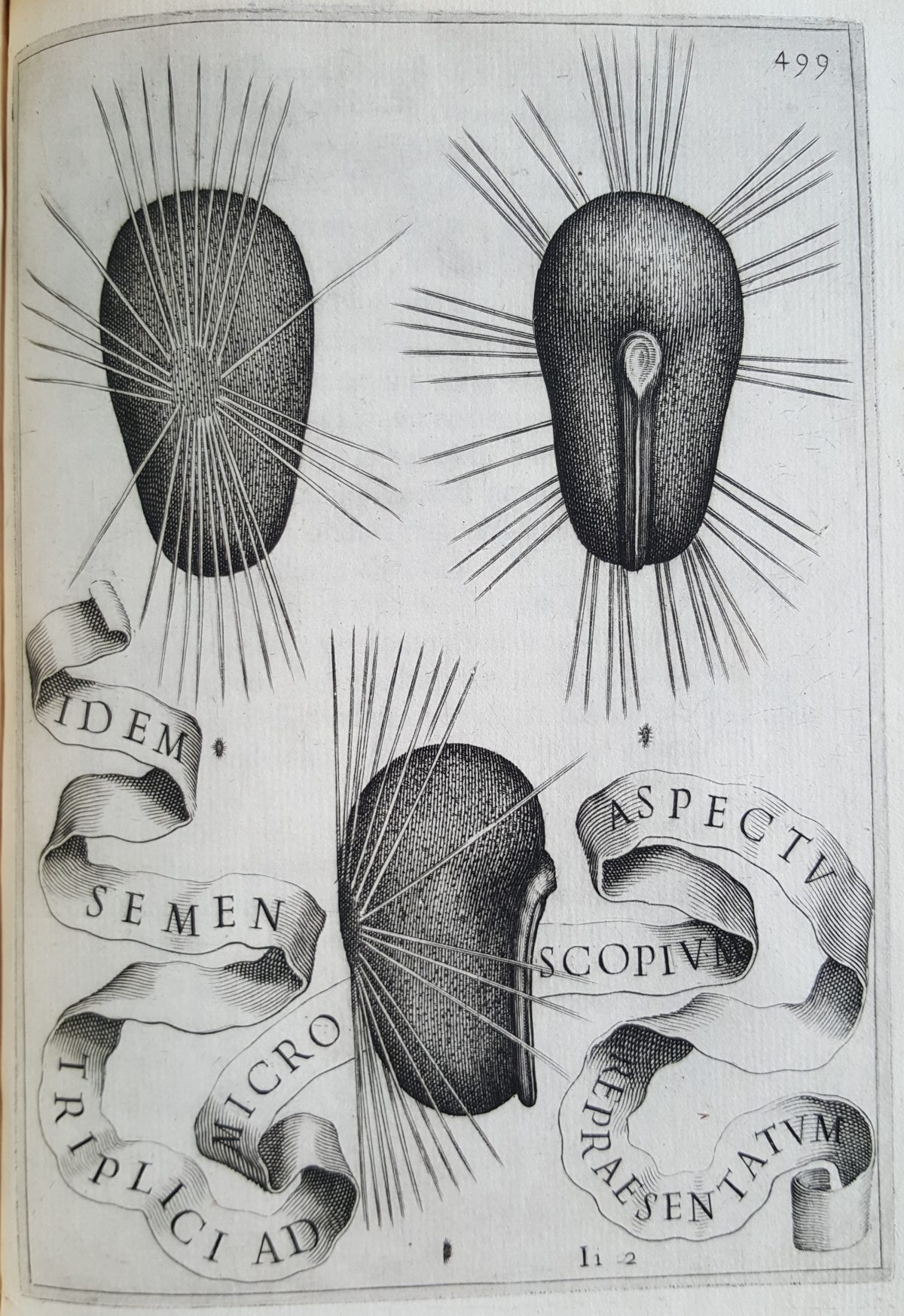 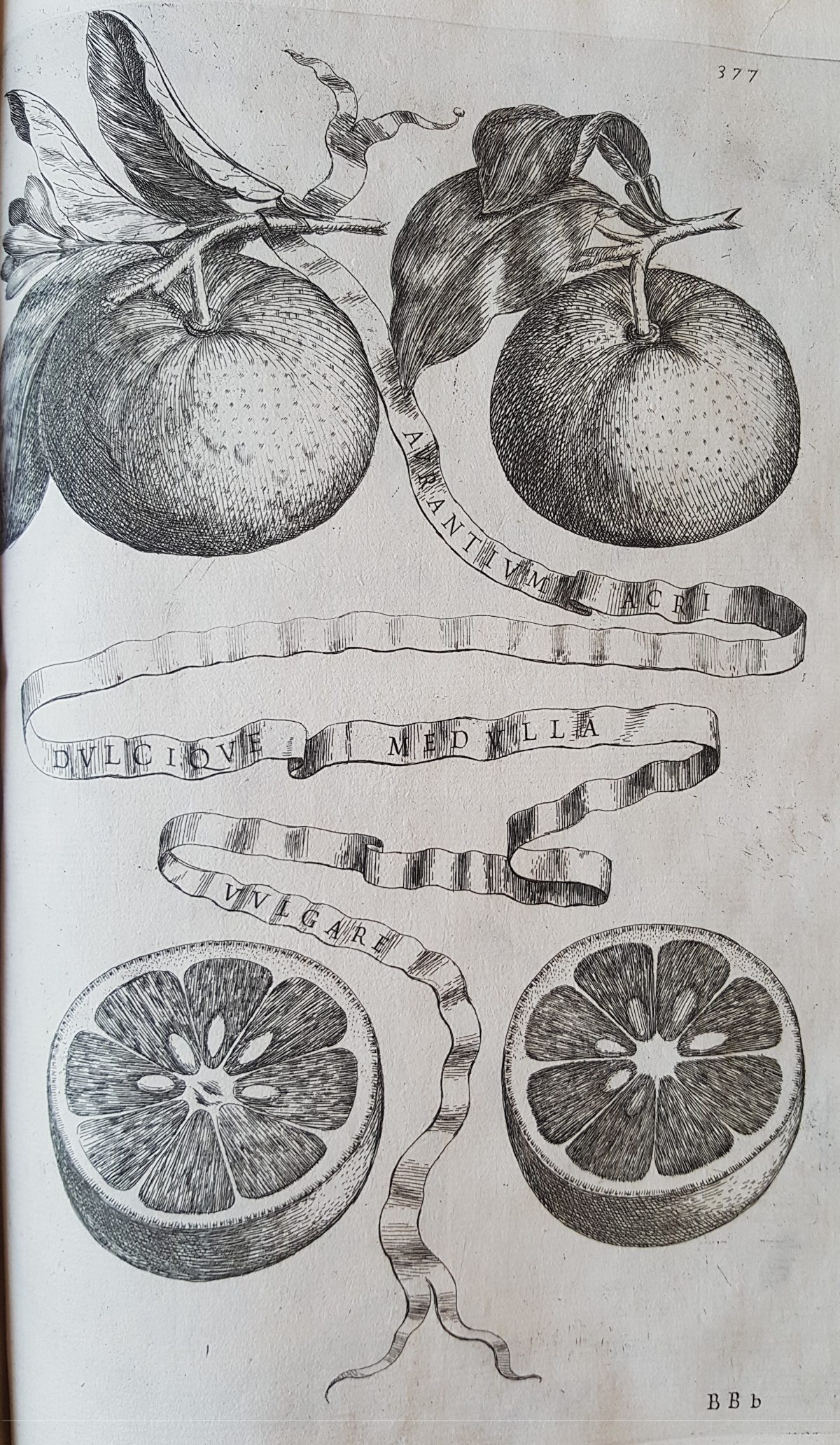 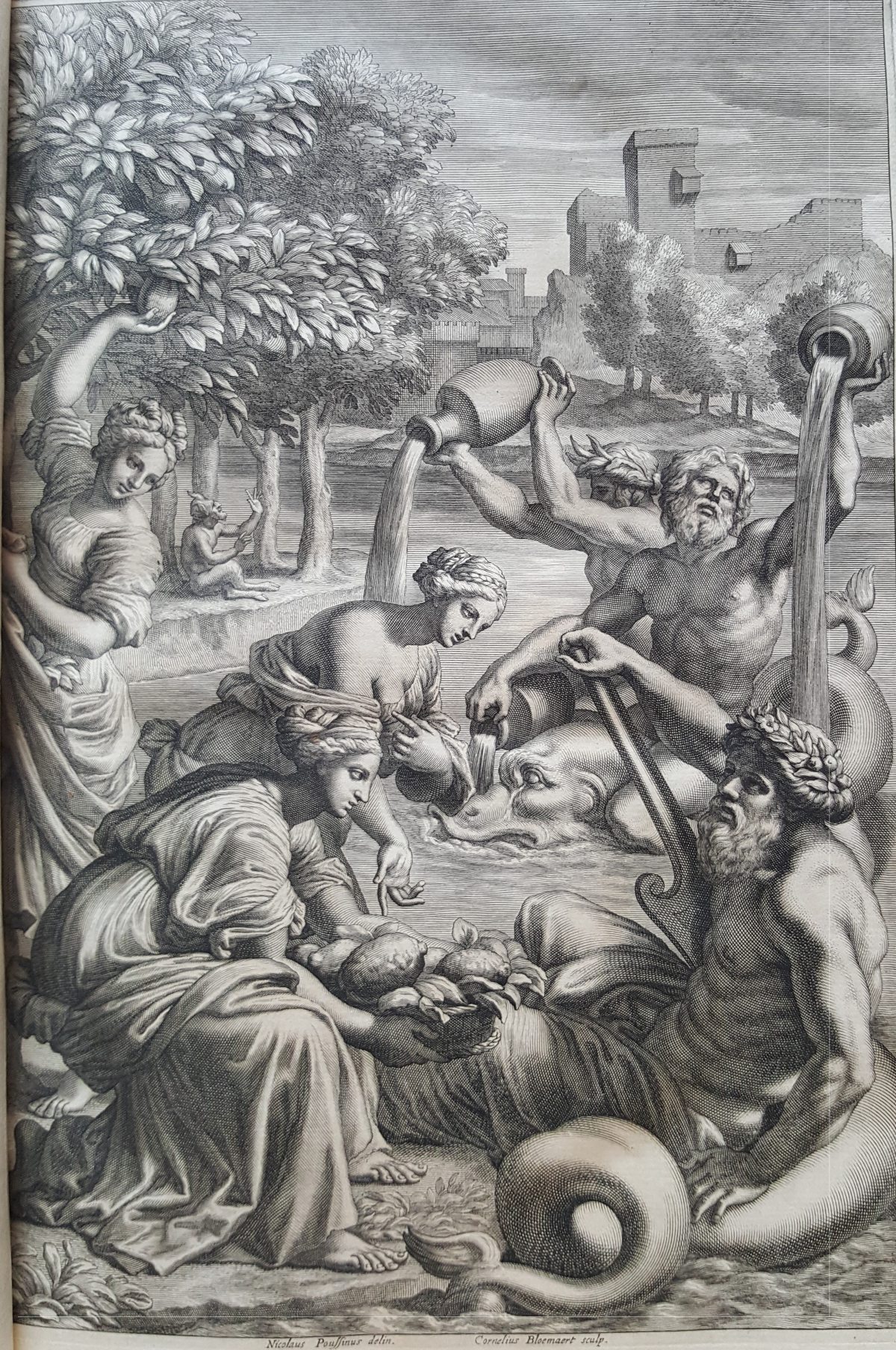 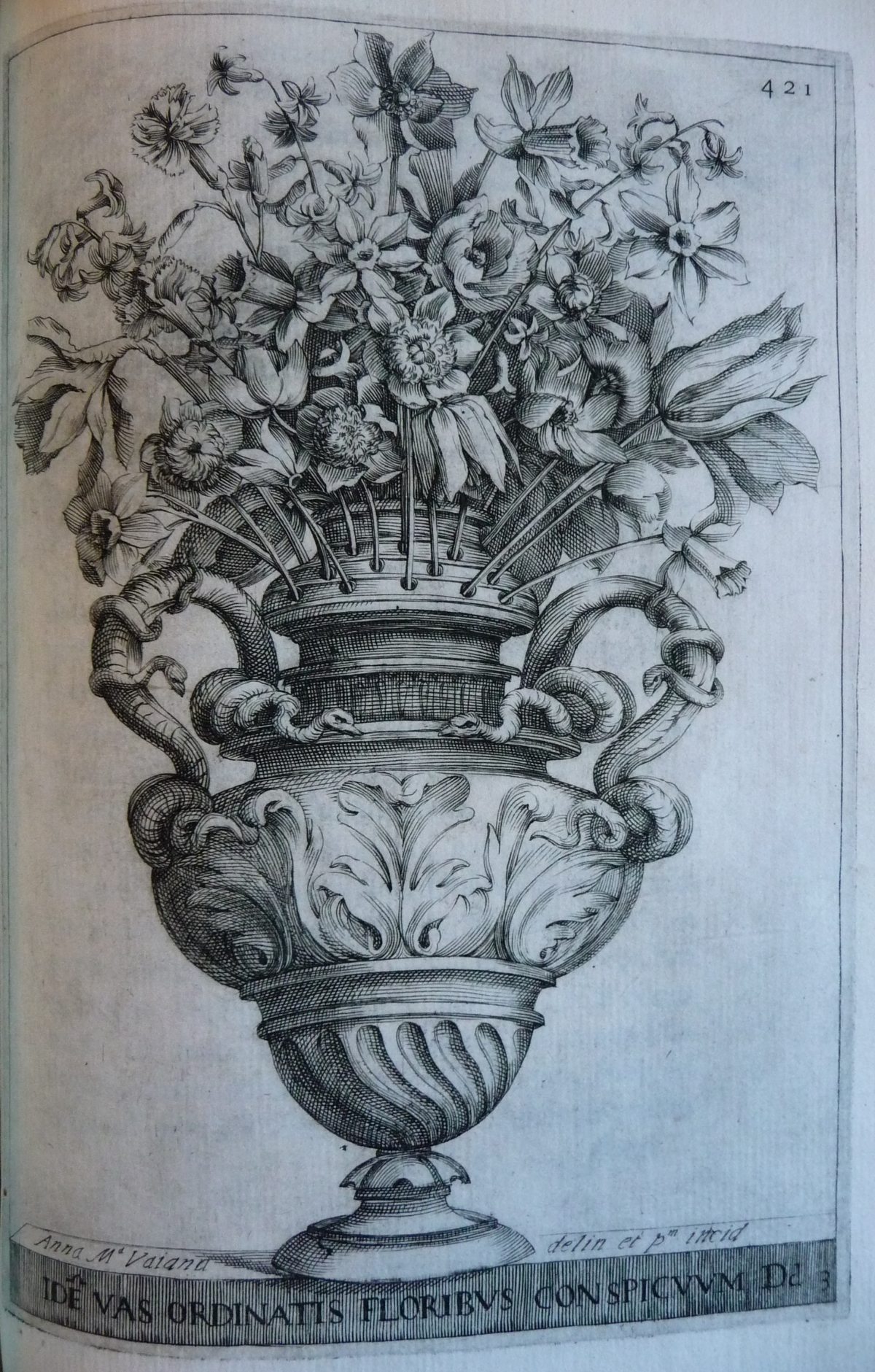 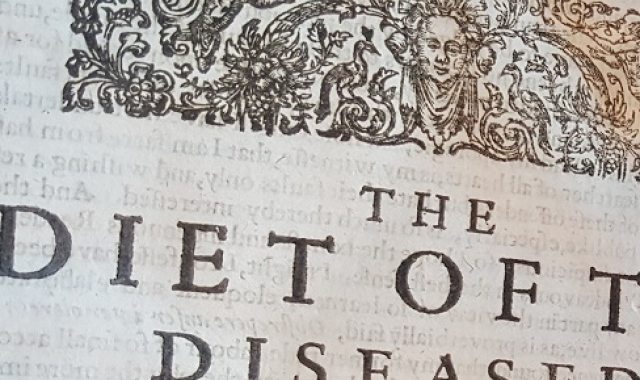 Find out moreDiet of the diseased 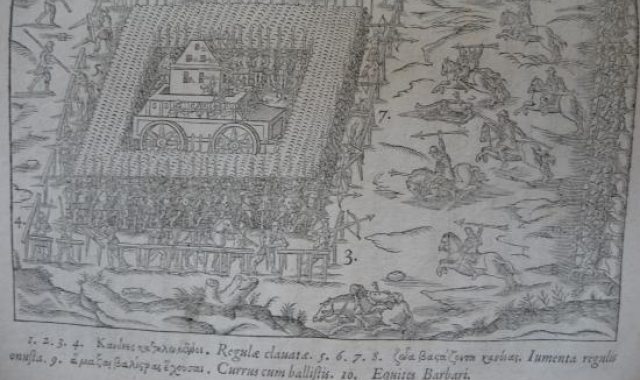 Find out moreThe art of war