An Essay on the Application of Mathematical Analysis to the Theories of Electricity and Magnetism, by George Green. Printed by T. Wheelhouse, 1828.

Just as Mendel’s work on genetics was published in an obscure journal and overlooked for decades, the importance of George Green’s eponymous functions remained unrecognized until the young mathematical physicist and engineer William Thomson, later 1st Baron Kelvin, rediscovered his work in 1845—sadly just after Green’s death.

George Green junior was born at Nottingham in 1793 in modest circumstances, the son of a baker. From an early age he would have been required to help out at the family business and he received only about a year of formal education when his father, perhaps recognising the boy’s intelligence, enrolled him at a school in the city. However, the young Green was precocious and taught himself the principles of mathematics with recourse to a subscription library and (probably) a supportive local headmaster. As the family business prospered so George Green senior invested in the construction of a windmill outside the city for the processing of wheat into flour for his enterprise. Following his father’s death in 1829 the mill became Green’s responsibility but, his preoccupation being with furthering his education, the business was sold. A year earlier he had published this pamphlet, printed locally by private subscription and little noticed, reducing, to quote his entry in the College’s Biographical history, the frustrated Green into “a period of much despondency”.

Green’s theorem expresses the line integral around the boundary of a region in terms of the (simpler to calculate) surface integral inside that region—for instance, it relates the electrostatic charge on the surface of an object to the charge in its interior. Green’s functions are related tools which simplify the solution of boundary value problems. Both theses were introduced in this essay.

Through the sponsorship of the Caian Sir Edward ffrench Bromhead (a descendant of Edmund Gonville and a subscriber to the pamphlet), Green won admission to the College as a mature undergraduate in 1833. For all his wont of formal schooling he graduated B.A. with distinction in 1837, publishing a number of papers meanwhile. At that time Fellows were required to be celibate; the prospect of a Fellowship may have deterred Green from acknowledging his mistress in Nottingham and their seven illegitimate children. In 1839 he was duly appointed Perse Fellow of Caius but ill-health forced his return home the following year. He died in May 1841.

Following a long period of decline Green’s windmill at Sneinton was purchased by the City Council and restored as a science centre and working mill. It was opened in 1985 by the late Sir Sam Edwards, Emeritus Cavendish Professor of Physics and a Fellow of the College. The Library at the University of Nottingham is named in his honour and he is remembered by a plaque at Westminster Abbey, unveiled at the bicentenary of his birth. The Library possesses Green’s collected papers, edited for the College by Norman Ferrers in 1870, the Berlin reprint of his original paper introduced by Thomson, and several modern biographies and bibliographies. 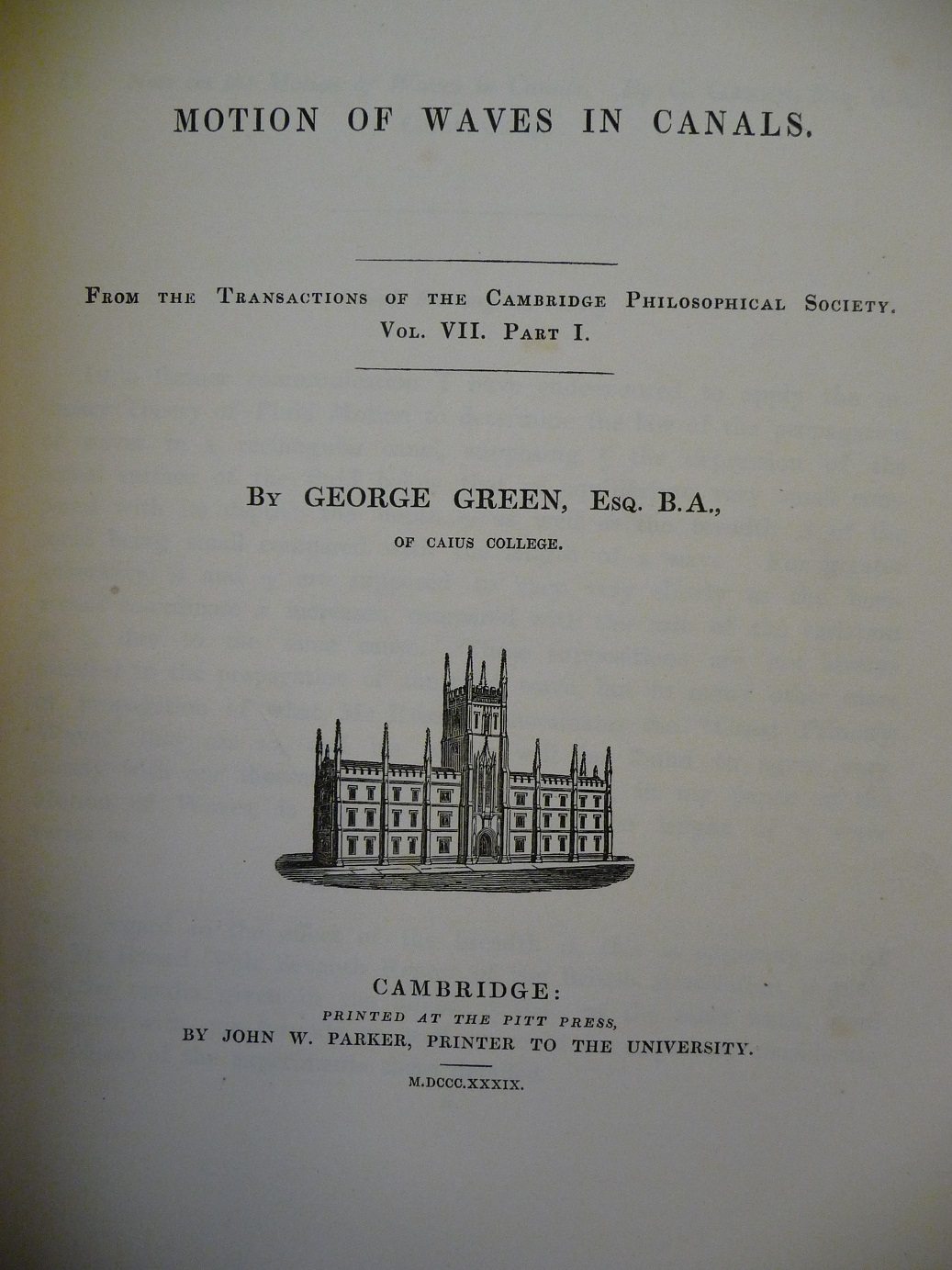 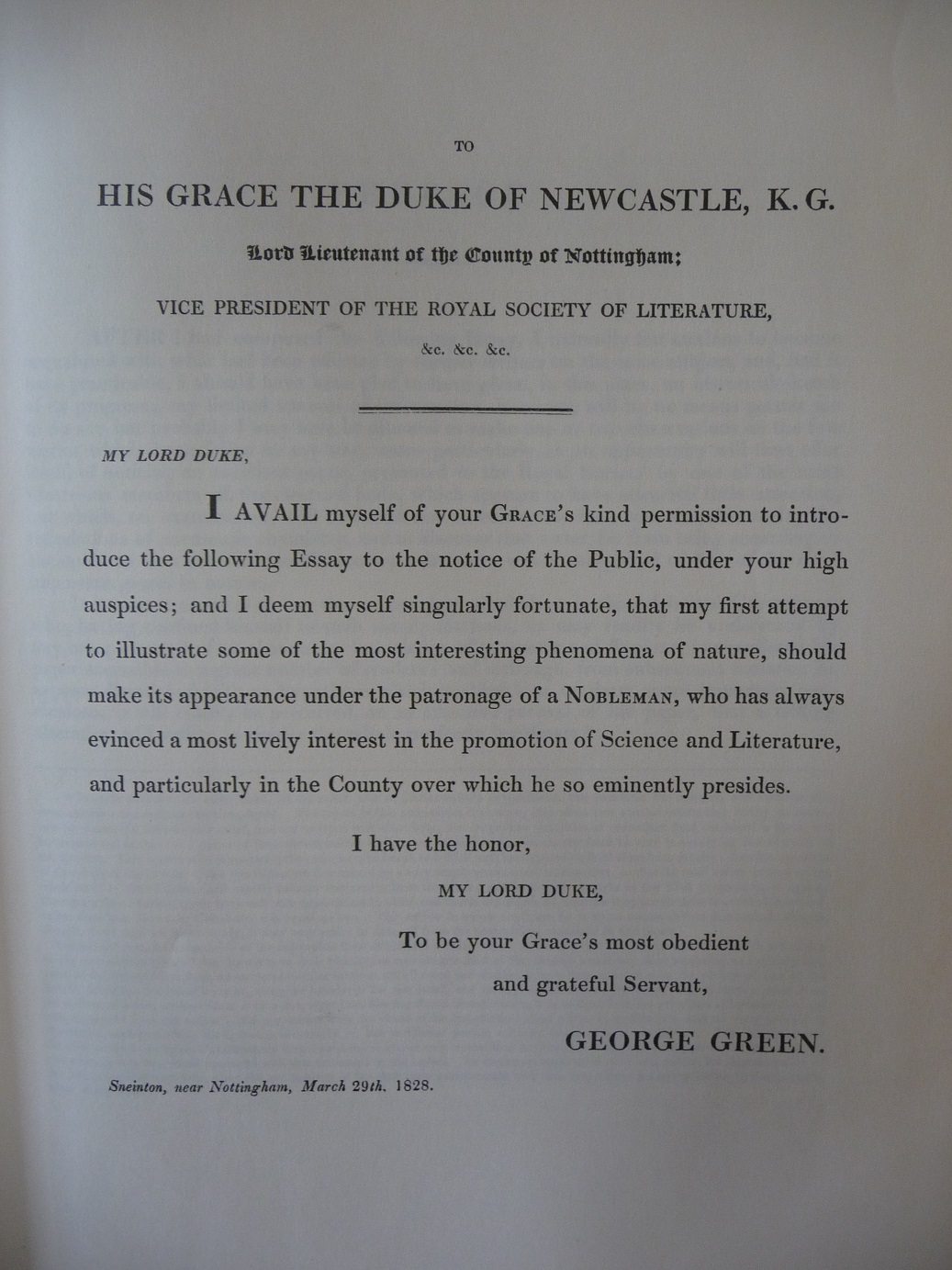 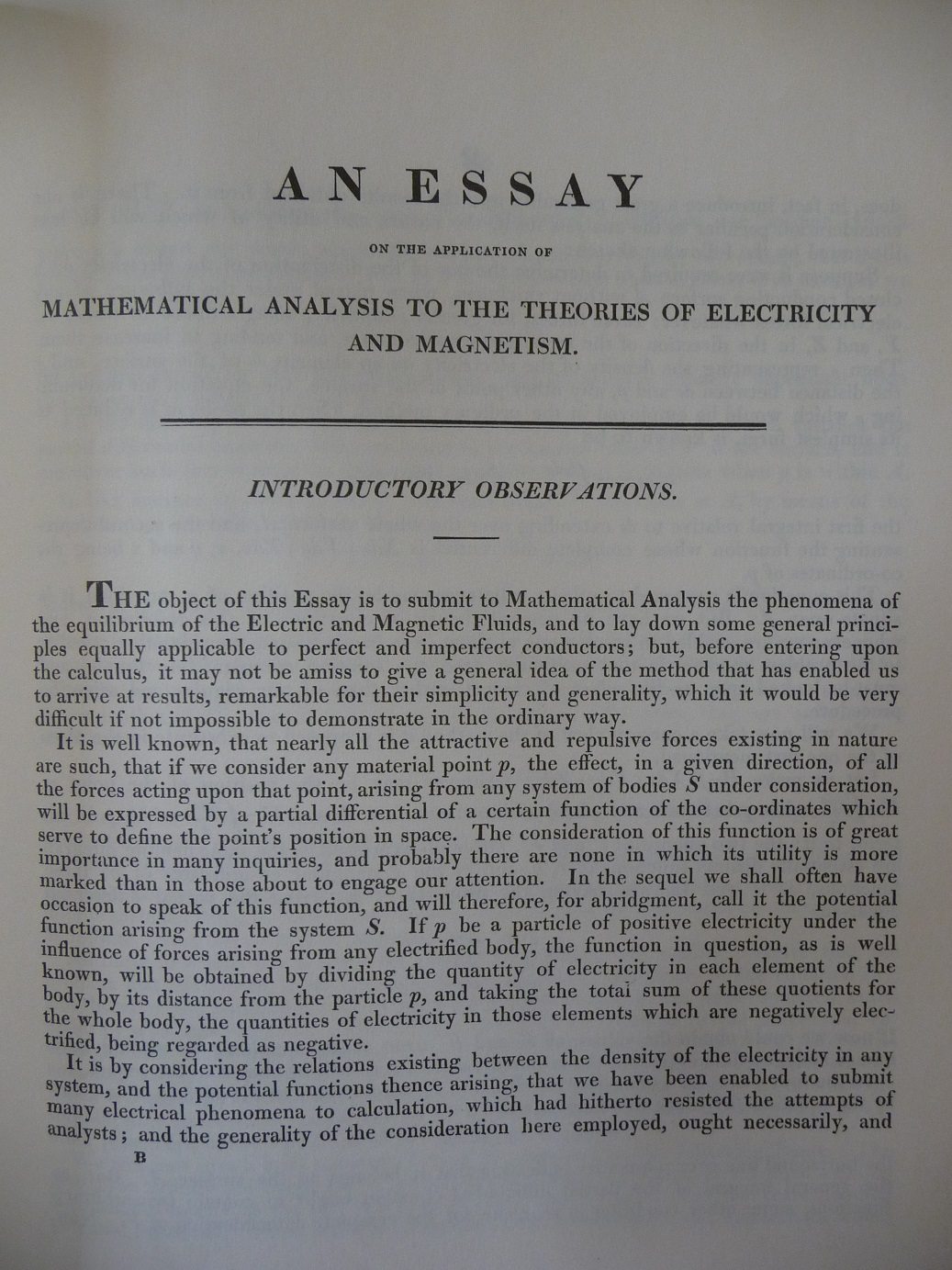 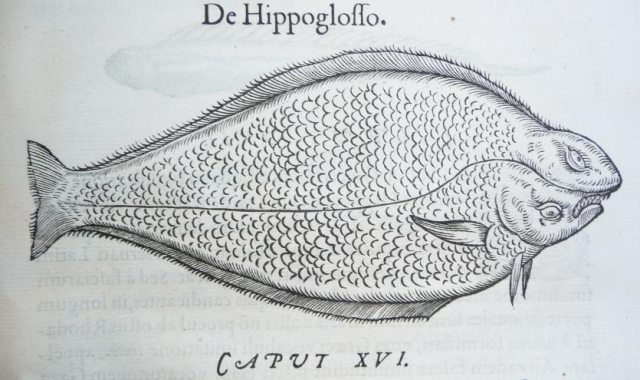